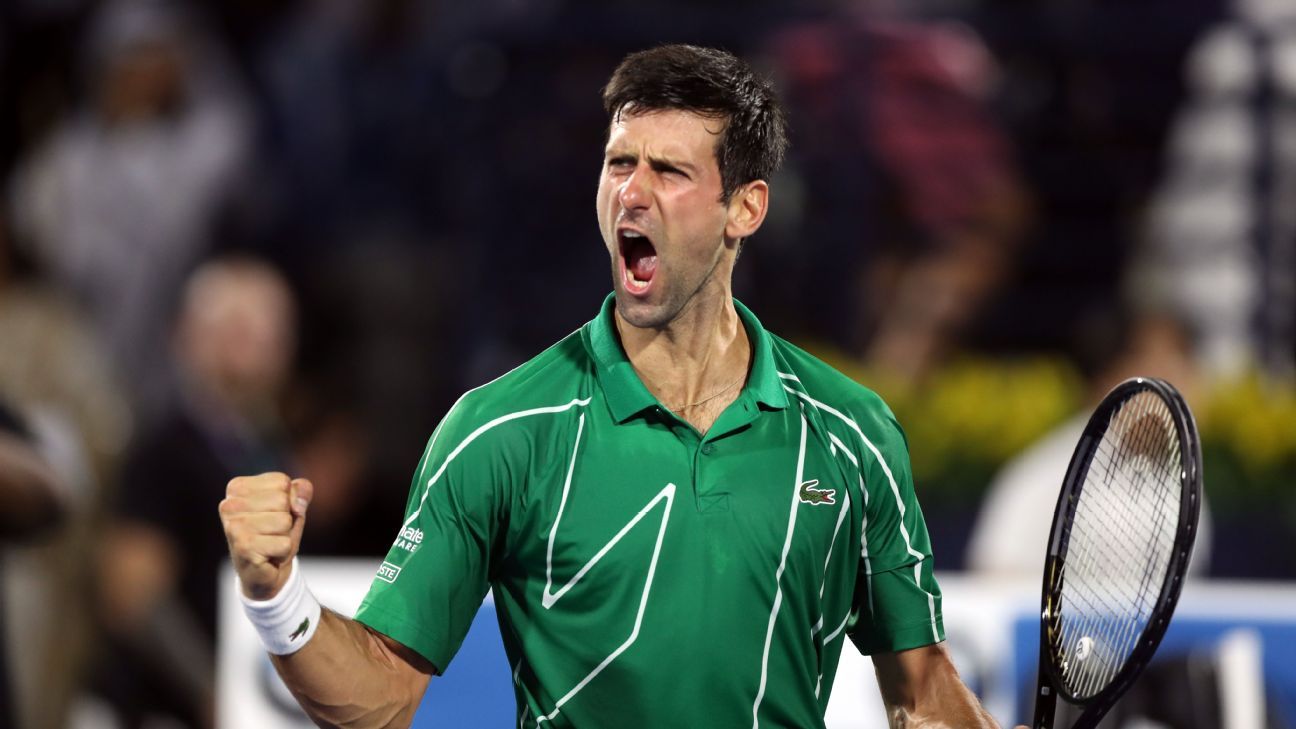 Both players looked solid on serve early in the opening set before Djokovic turned the screw to break in the eighth game with a searing crosscourt backhand winner.

Djokovic closed out the set and continued to press home his advantage with another break of serve early in the second.

Tsitsipas fought back to draw level at 3-3 but went on to commit a string of unforced errors and concede two break points in the ninth game.

Djokovic surprised his opponent with a wonderfully disguised drop shot to take the lead before sealing victory on the first of his three championship points with a backhand winner down the line.

“I was fortunate to hold my serve at the start of the match.”

The 32-year-old dropped just one set in Dubai this week as he fought off three match points to overcome France’s Gael Monfils in the semifinals.

“Yesterday I was one shot away from losing the match when three match points down, and it could have easily happened I was not here. That is sport — things can turnaround quickly,” Djokovic said.

“I have played really well in most of the matches. This is a big win for me.”