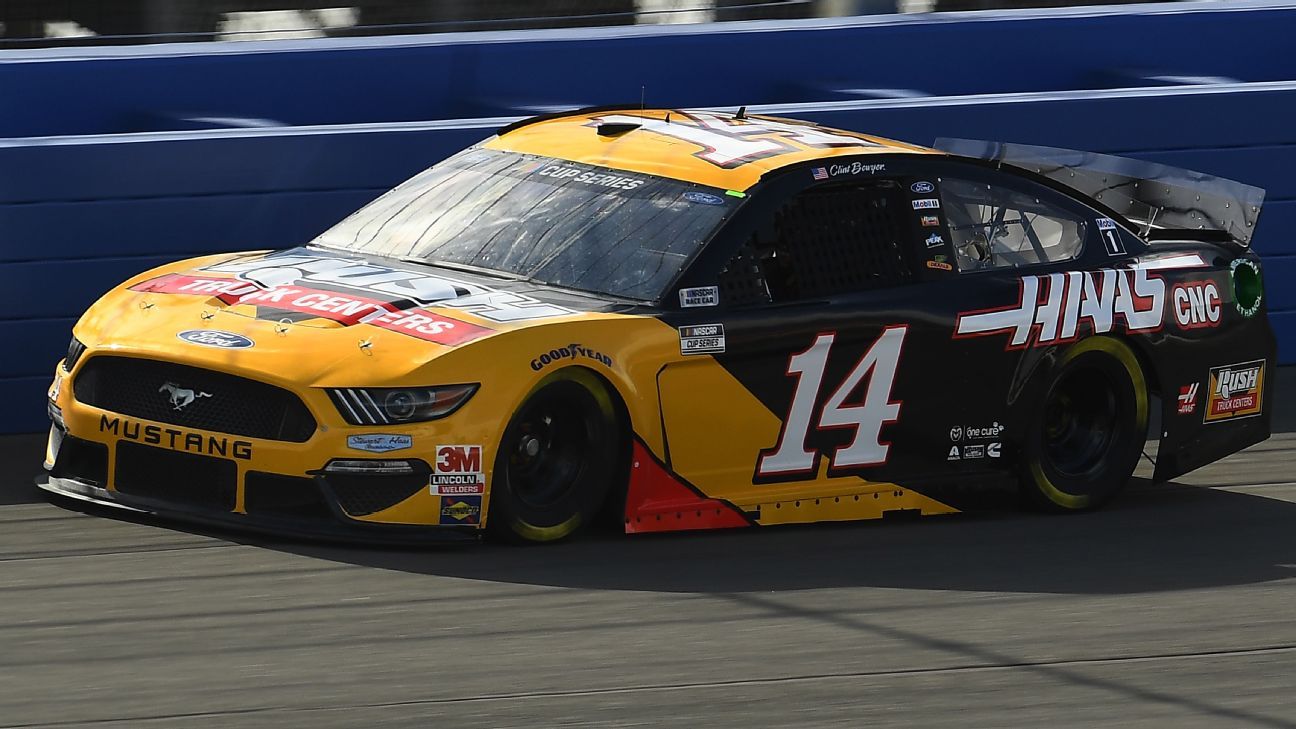 Bowyer turned a lap in 40.086 seconds in his Stewart-Haas Racing Ford to claim just his fourth pole position in 508 career Cup races. The veteran also won the pole for the first time in 20 career races at Auto Club Speedway east of Los Angeles.

“I didn’t think we had a chance in hell to sit on the pole, and here we are, baby,” Bowyer said. “Honestly, I didn’t really see that in the car. That thing rocketed to the top there.”

Johnson will start on the front row for his final race as a full-time driver at his hometown track. The 44-year-old star’s qualifying lap was barely behind Bowyer at 40.093 seconds.

Johnson’s wife and daughters will drop the green flag on Sunday’s race. He is hoping to end a career-worst winless streak of 97 Cup races when he starts at a track where he has won a record six times.

Bowyer joked that he was excited about sharing the front row with the race’s guest of honor because it will allow him to be in more photos, which should please his sponsors.

“This has been a good track for me, but we can’t finish here,” said Bowyer, who has three top-three finishes and no wins at Fontana. “I’m looking forward to hopefully getting the opportunity to be there again at the end of this thing. Beating them by an inch again would be great for me.”

“I’m always optimistic,” Truex said. “I did feel good about our car, and we were good on the long runs. Got a lot of people to pass.”

The qualifying session was absolutely nothing like last year’s competition, which ended with fans booing the drivers after nobody completed a lap in the final round. Under last year’s qualifying rules, the final 12 drivers all tried to wait long enough to go out at the back of a drafting group, but nobody started early enough to qualify.